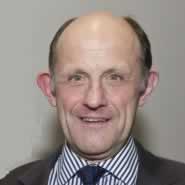 November 2018 saw thousands of commemorations around the world with people and organisations marking the signing of the Armistice that confirmed a ceasefire between the Allies and Central Powers on the Western Front in November 1918. This was only the beginning of the end of World War I, or the Great War, as fighting continued in the East Africa theatre up until the 14th November when the guns had already fallen silent along the 400 mile trench line in Europe at 11  o’clock on the 11th November.  British troops also continued to fight with the White Russians against the Bolsheviks in Northern Russia well into 1919 and the Peace Treaty was eventually signed in June of that year.  Many people are unaware of these other theatres of WWI and of the Commonwealth and international  contribution to the war effort, particular colonial troops supporting the Belgian, British,  German, French and Portuguese forces.

Next time you’re in Flanders or Northern France visit the Commonwealth War Graves Commission cemetery at Neuve Chapelle that is dedicated to the Indian troops killed on the Western Front. These soldiers are buried in Hindu, Muslim and Sikh graves or they are remembered on the walls of their memorial. But there are many African Askari, bearers and their families who are not remembered. These men and women fought with the Allies and Germans for over 4 years in the most inhospitable conditions presented by the environment in East Central Africa. They weren’t only pitching their efforts against their opponents but were countering disease or injury often caused by the local fauna and flora rather than enemy action. One British officer was quoted as saying that he would rather be in the trenches on the Western Front than in East Africa, which is the reason why the Europeans enlisted Africans as Askari and bearers because they knew their own land and would survive in it to fight. 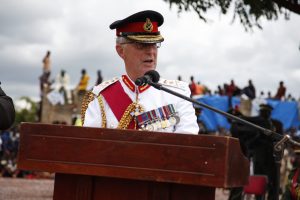 I was privileged to attend the Zambian WWI Centenary Commemorations in Mbala on Sunday 25th November 2018 as a committee member of the Kings African Rifles and East African Forces (KAR and EAF) Association. General David Lord Richards of Hermanceux represented Her Majesty and attended in his role as the Deputy Grand President of the Commonwealth Ex-Services League taking part in a KAR and EAF commemoration at Chambeshi Bridge and playing a key role at the national ceremony on Sunday 25 November 2018 in the presence of the President and his military chiefs at the memorial that records the actual end of WWI (stand-fast the Russian Front). HM High Commissioner Fergus Cochran’s-Dyet was also in attendance, representing Her Majesty. As the President of Zambia, His Excellency Mr Edgar Lungu said this ceremony goes a long way to redressing the balance and recognising the major contribution that the Askari, Tenga Tenga bearers and their families made. Their sacrifices must be remembered alongside the millions of other people who are more readily recognised because their names are carved onto headstones or memorials.

There are many other examples of inequalities between Africans and their white masters, but that is a wider debate that is analysed by authors such as Anne Samson and Edward Paice. Suffice to say that if Mary Seacole had been in this theatre she would have been an advocate for the Askari and their families.