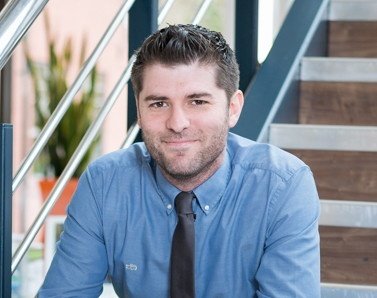 I took some time at the weekend following the protests of the potential removal of statues of figures deemed to be of significance in British history, like Winston Churchill, which themselves followed the removal of the statue of slave trader Edward Colston in Bristol during the Black Lives Matter protests, to consider the best way forward.

Whilst undoubtedly a large amount of the protesters at the weekend were far right activists intent on causing problems, with the apparent co-ordination of various different football hooligan groups across the country of particular concern, there are nonetheless deep and complex issues at play here.

When listening to the justification for the protests that people provided, particularly in the context of Winston Churchill, it struck me as to just how romanticised and uninformed some people’s views of British history are.

With respect to Churchill the narrative is either that he is a hero who played a central role in defeating the Nazis or he is someone who held some abhorrent views and played a part in events that caused suffering to many people. The reality is that these 2 views are not mutually exclusive. It is correct to say that Churchill did play a central role in defeating the Nazis but it is equally true that the opinions he expressed to the Palestine Royal Commission in 1937 were abhorrent. I would invite anyone who is not aware of these comments to look them up and read them.

Now I must state at this point that I speak from the point of view of someone who is proud to be British and who believes that whilst Britain has plenty of room for improvement it is nevertheless one of the most liberal and cosmopolitan countries in the world which is something that we should not lose sight of or take for granted. I am also deeply conscious that I come from a position of relative privilege and that my experience is vastly different to the experiences of many other people across the country who have experienced the darker elements of our society that I have never seen and faced challenges far beyond anything that I have had to endure.

With this in mind I am firmly of the view that having pride in Britain does not mean that it is ok to brush over the more negative aspects of British history or of modern day Britain. While undoubtedly there are some people who are aware of but choose to ignore the more negative aspects of British history there are also a great number of people who are simply not aware of them. It strikes me that part of the issue here is education.

I must confess that history was a subject that fascinated me when at school. Whilst I did not have a particularly great interest in learning about the Battle of Hastings or Henry VIII, subject matters in relation to which I fail to see how they play a great part in shaping our children’s views of the modern world, I did have a great interest in learning about modern history in the context of understanding the significant events that shape our world as it is today.

Unfortunately, looking back, I do feel that the history that I learned at school, particularly in the context of Britain’s role in the world, was romanticised, over-simplified and lacking in any reference whatsoever to any negative aspects of British history.

For example, the only thing I can remember being taught about the British Empire was that it was a force for good and that it was responsible for modernising large parts of the world. There was no mention of the many problems caused by Britain on both a regional and global scale that still reverberate to this day and no mention that the British Empire was largely built on slave labour.

It only takes a matter of seconds for me to be able to think of many examples of issues and conflicts in the world for which Britain should accept some responsibility and in relation to which many Britain’s are simply not aware as to the full role Britain played within them.

For example, whilst we were taught about the troubles in Northern Ireland I do not remember ever being told that it was the British Government’s ‘Divide and Rule’ policy which was largely responsible for the present day sectarian divisions in Northern Ireland. I also do not remember ever being taught about the British role in the redrawing of the map of the Middle East, particularly with respect to Israel and Palestine.

I think it is high time that we took a different approach to the education of our children on these key issues as they will shape the future direction of this country. A more balanced and informed approach to educating our children about our past will mean a greater understanding of all experiences and help to shape a better future for all.

Countries, like people, are complex and multi-faceted and this is something that needs to be acknowledged not ignored. To simply portray something as good or bad can often only serve to polarise opinions and prevent a proper examination of the deeper issues and the causes of the problems that are faced. This brings me to the accusation directed at Colin Kaperniek amongst others that if someone is critical of their country it is somehow unpatriotic. This is a notion that should be firmly left in the past. It is fair to say that very few problems go away as a result of our burying our heads in the sand and ignoring them. It is only by first identifying and acknowledging the full extent of a problem that change for the better can then be facilitated.

There is still a long way to go to build a society that genuinely provides equality, including equality of opportunity, for all. This will only be truly achieved though by open and honest discussion across all aspects of our society. We are at a crossroads where either people’s opinions become more entrenched and polarised or we move together as a society towards a better existence for everyone. I for one intend to do everything I can to make sure it is the latter.

Martin is an Associate Solicitor at Moore Barlow LLP who are a long term partner of the Trust.