When the Mary Seacole Trust launched in June 2017, the Trustees gave thought to what work needed to be undertaken to ensure that Mary’s legacy lives on and continues to inspire the future generations.

The answer was an Education initiative, focusing on informing the public about the life, work and achievements of Mary Seacole. However, the Trust wanted to go one step further and promote Mary as a role model to support those involved in tackling social challenges or inequality, with a focus on young people and the promotion of good citizenship, entrepreneurship and achievement. This is reflected in the Trust’s objectives.

To accomplish this, the Trust has developed a number of programmes, which have been rolled out through 2017 and 2018.

A major success of 2017 was the collaborative partnership with the Florence Nightingale Museum to create a new Mary Seacole exhibit, which launched on 28 October 2017. It shows Mary in her British Hotel and is used as a backdrop for interpretive story-telling with school parties.

This is proving to be a valuable educational resource and helps visitors to value difference, whilst giving black, Asian and minority ethnic children visiting the museum an opportunity to see themselves reflected.

On 14 November 2017, the Trust hosted a visit by delegates from the Jamaican High Commission to the exhibit, and was commended.

To read more about the exhibition, including show times, click here

The Young Seacole Ambassadors initiative was launched at the opening of the Mary Seacole exhibit at the Florence Nightingale Museum on 28 October 2017 and began in January 2018.

This is a competition for local school pupils, where the key objective is to show that Mary’s contribution is still relevant today. Children were tasked with identifying Mary’s qualities in themselves and others in order to develop a greater connection to this historical figure.

School student Henry McFarland has become the Mary Seacole Trust’s first young ambassador after winning a competition in which he wrote about the inspirational qualities of his twin brother, Hector, who has epilepsy.

The 2018 competition was primarily open to schools in Lambeth and Southwark, South London, however the aim is to roll it out nationally in 2019.

In addition to the competition, the Trust are working closely with a young person, who is involved in the development of the initiatives, whilst supporting his involvement in the Duke of Edinburgh Award programme. 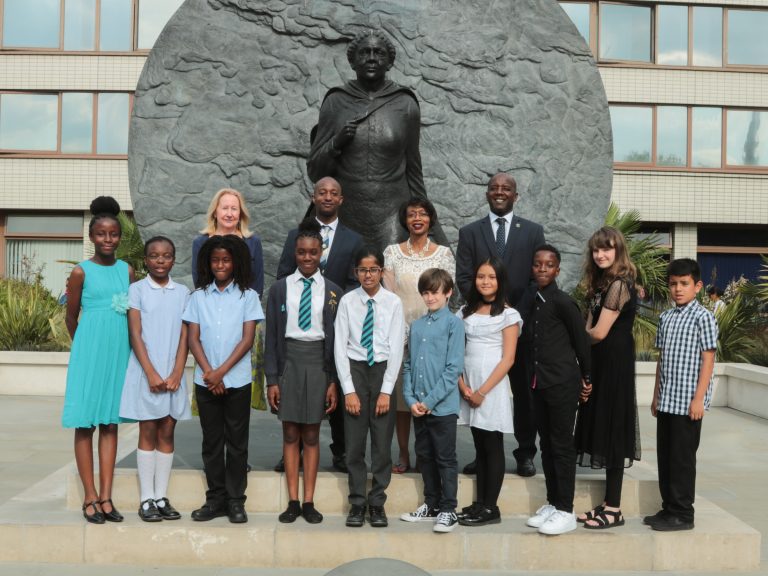 This new website, which has undergone a recent transformation, aims to serve as a gateway for those across all generations to access information about Mary’s life and legacy, browse relevant news articles and keep up to date with activities associated with the Trust’s programmes.

The website will continue to support the Trust’s work on developing its initiatives.

Anyone who paid attention to the news in 2018 will be aware that violent crime in England and Wales has been increasing. Unfortunately, the story that often features alongside is that this is almost exclusively a problem of young black men. This is just one of many issues that obscures the problem and hampers efforts in working towards a solution.

Following the appointment of Martin Griffiths as the Trust’s first Ambassador, the Trust is commencing work on collaborations and programmes that are promoting positive change to address the problem, focusing on young people in the teens and early 20’s.

The Trust will publish more information as the initiative develops.

Another way in which the Trust continues to keep Mary’s legacy current is by conducting talks at schools, a number of which have been delivered by Trevor Sterling, Chair of the Trust.

Our substantive work on the Education initiatives during 2017 and 2018 has been made possible by a grant awarded by Guy’s and St Thomas’ Charity and our corporate partners, to whom we are very grateful.

The Trust intends to build on the successes of the initiatives to ensure that Mary continues to inspire people of all ages to embody her qualities: caring, compassionate and committed.