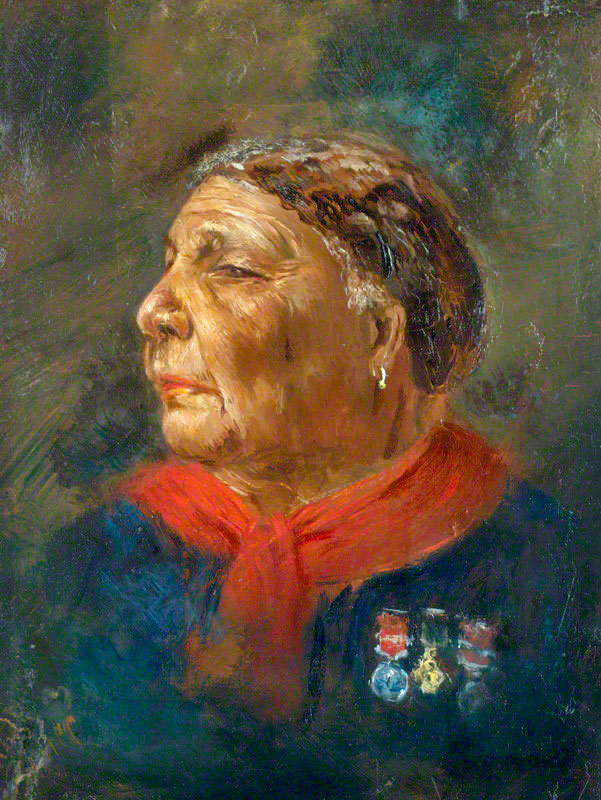 London, May 2020: May 12th was International Nurses day and May 14th marks the anniversary of the death of Mary Seacole, the famous Jamaican Scottish nurse who died in Paddington in 1881. Before lockdown, UK based production company, Racing Green Pictures was finalising filming and editing the movie, ‘Seacole’ due for release early next year.

‘Seacole’ is an historical drama about the legendary Mary Seacole played by Gugu Mbatha-Raw, who defied discrimination to nurse British soldiers during the Crimean War and found herself at odds with Florence Nightingale, (Sylvia Hoeks). Directed by Charlie Stratton, the film focuses her on the period of her life following the death of her husband in Jamaica, a merchant named Edwin Seacole (played by Sam Worthington) and when she made the decision to dedicate her life to care for the sick and wounded. In 1854, a year after the war began, Seacole travelled to London, England where she applied to be a nurse to the Crimean Fund,  the British Army and Florence Nightingale’s nursing team but she was rejected and rebuffed by all so using her own funds decided to undertake her mission directly to the battlefield in Crimea.  At that time her Caribbean wayward friend Thomas Day arrived in London and they formed a partnership preparing for the journey and finally setting off in by ship in 1885 to the Crimea. When they arrived, they set about building The British Hotel situated along the main supply road to the British camp in Balaclava. Mary became a central heroine caring and nursing for wounded and dying soldiers on the front of the Crimean War; she was a symbol of hope to wounded British soldiers who gave her the name, Mother Seacole.

Gugu Mbatha Raw, the brilliant UK actress who recently starred as Jennifer Hosten, Winner of Miss World 1970 in ‘Misbehavour’, is poised for major stardom with this epic role. Gugu could not be a better ambassador for the story as she is currently involved with the UN and refugee work around the globe; born in Oxford she is the daughter of a South African doctor, and an English nurse.

Billy Peterson, owner of Racing Green Pictures says, “I was sent the script over 5 years ago and immediately acquired the right to finance and produce independently through my UK studio Racing Green Pictures. Mary Seacole is the perfect example of the stories we aim to produce for the big and small screen. This true, socially impactful, humanitarian film about a strong woman of colour persevering against all odds is exactly what today’s theatre going audiences are thirsting for.  Mary’s life story is not only unfathomable for the time she was living in, it is an instantaneous, universally relevant and historically accurate portrait of a healthcare heroine who put her life on the line to save others during disaster. This film has been as complicated and daring as Mary herself. Filming in three separate countries with multiple languages, currencies and personnel it has been an EPIC.”

This film will help include and strengthen Mary Seacole’s story in curriculums in addition to shining a light on the importance of nurses and healthcare workers around the world. Mary’s life story is not only unfathomable for the time she was living in, it is an instantaneous, universally relevant and an historically accurate portrait of a healthcare heroine who put her life on the line to save others during disaster.

Production:  Seacole stars Gugu Mbatha-Raw (‘Belle’, ‘Misbehaviour’, ‘Motherless Brooklyn’) and Sam Worthington (‘Avatar’ and ‘Unibomber’). It centers on a Mary Seacole, a pioneering Jamaican nurse who cared for wounded British soldiers during the Crimean War and found herself at odds with Florence Nightingale, played by Sylvia Hoeks (‘Blade Runner’).

It has long been argued that the main reason Seacole’s story was overlooked in history was because of her race. Historians believe her landmark achievements remained hidden for so long due to racial attitudes in the 19th century.  Novelist, Salman Rushdie referred to Seacole as an example of ‘hidden’ black history.  After decades of having her achievements and contributions to society overshadowed by those of her contemporary, Florence Nightingale, Mary Seacole received posthumous recognition in the form of the Jamaican Order of Merit in 1991 and was also depicted on a British first-class stamp.  In 2004, she was voted Greatest Black Briton.  In 2016, a statue in her honour was erected at St Thomas Hospital in Westminster, London.