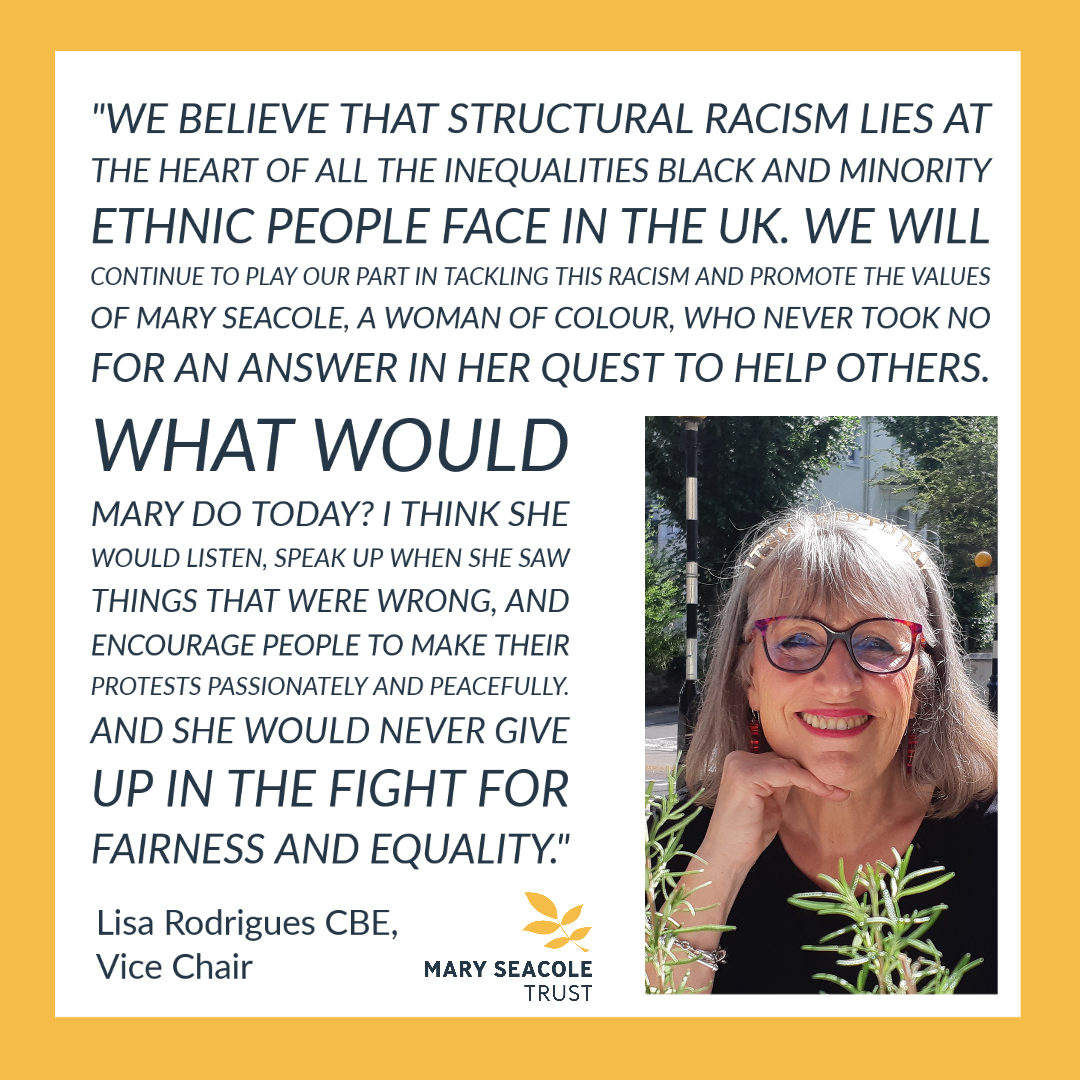 We felt it would be remiss not comment on what is happening in the US and UK following the killing of George Floyd, an unarmed black man. Mr Floyd was killed by an on-duty white police officer who knelt on his neck for 8 minutes 46 seconds watched by three other officers while he pleaded in vain for his life. His death has been officially classified as homicide.

There is so much that has been said already about this terrible event and the subsequent demonstrations. I will make just three points.

1. To the people who are saying, in response to Black Lives Matter protests, that all lives matter: you are right but also so wrong. And I can’t think of a better way of explaining why than via this cartoon, which was shared by my erstwhile colleague and wise friend Scott Durairaj.

2. To the people who question the need for demonstrations in the UK because what happened, happened in America, I say this. The roots of what went wrong for George Floyd lie as much in the UK as they do across the Atlantic. George was one in a long, cruel line of black people who have died in custody. His death came as we learned more about the disproportionate burden of Covid-19 on people from BAME backgrounds, and in the wake of the shocking way that people from the Windrush generation have been treated by successive governments. As a white person, I can empathise but I can never share these experiences. I am very much in agreement with what James Corden says in this video.

3. At the Mary Seacole Trust, we do not condone violence. And we are troubled by mass gatherings during the pandemic. But we understand why people are so angry and why the statue in Bristol of slave trader Edward Colston was toppled. How much more powerful it would have been if those in authority had taken it down, or at least done enough to make it clear how Colston, known as a generous philanthropist, made his money by trading in black human lives and treating them as commodities to be bought, sold, branded, beaten and thrown in the sea to drown.

We believe that structural racism lies at the heart of all the inequalities black and minority ethnic people face in the UK. We will continue to play our part in tackling this racism and promote the values of Mary Seacole, a woman of colour, who never took no for an answer in her quest to help others.

What would Mary do today? I think she would listen, speak up when she saw things that were wrong, and encourage people to make their protests passionately and peacefully. And she would never give up in the fight for fairness and equality.